The 2020-21 NBA season culminated in catharsis for many NBA fans when the final buzzer of Game 6 ended and the Milwaukee Bucks won the title for the first time in fifty years. It wasn’t just Bucks fans who jumped up in celebration; it was also fans of small market teams everywhere. Even being a month or two removed from Game 6 of the finals, I am still filled with joy when thinking back to the immediate moments after the final buzzer went off and then the following hours and days thereafter. I relished watching every moment as Giannis Antetokoumnpo paraded around the town he adopted as his second home, celebrating the championship he delivered to them.

My personal favorite moments were when he took to Instagram Live and ordered a 50 piece nugget at Chick-Fil-A after dropping a 50 piece on the Suns and when he lifted the Finals MVP trophy over his head and out towards the heavens at the post Finals ceremony as if to say, “This is for all of Milwaukee!” However, no matter how happy I was for Giannis and the city of Milwaukee, I couldn’t help but think, “Why couldn’t it be Damian Lillard standing there celebrating a championship for the city of Portland?”

Small market teams have always struggled to win at the highest level in the NBA. Unfortunately, that’s been a fact of the Association for most of its history, if not all. This is one of the reasons I was so ecstatic to see the Bucks and their fans get the chance to celebrate a chip. In fact, this is a pretty rare occurrence. Since the 1999-00 season, only three different small market teams have reached the apex of the basketball world. Those three teams were the San Antonio Spurs (winning four times in that stretch), the Cleveland Cavaliers, and this Milwaukee Bucks squad. If you go back yet another decade, the prospects for small market teams get even more abysmal, with only one small market team winning a title the entire decade. So, if I just established that it’s so hard for small market teams to win at the highest level, then why should Portland fans hold hope of a championship parade one day? I only need two words to answer that question: Damian Lillard.

The biggest hurdle any small market team has to jump when building a team that can compete for a championship is finding a star that can be the best player on a championship team. The second biggest hurdle is getting them to commit to the franchise for the long haul. Damian Lillard, who was selected to his 6th All-NBA team and is heading into the first year of a five-year contract extension he signed back in 2019, is the poster child for both basketball excellence and loyalty. Similar to Giannis, he decided to stay loyal to the organization that drafted him and build a contending team organically, opting to avoid the super team route.

The prospect of building a championship caliber team in a small market is daunting and incredibly difficult. Especially in an era where fickle superstars seem to want to go to larger markets and form super teams the first chance they see the opportunity to leave their small market organizations. This is why the run that Antetokounmpo and the Bucks went on in this year’s playoffs should be so inspiring. Every series was impressive in its own right, but the one that sticks out for me was their second round series in which they took down the three-headed behemoth Brooklyn Nets.

Well, actually, it was more like a one-and-a-second-hobbled-headed behemoth. Kyrie Irving went down with an ankle injury in Game 4, and James Harden could only play substantial minutes in Games 5-7 after having suffered a hamstring injury in the opening minute of Game 1. This was, by far, the most important series win of these playoffs for me. Winning this series proved that no matter how unlikely, you can indeed contend for a title if you put the right roster around a team with just one superstar player.

It’s clear that the Portland Trail Blazers organization believes that Lillard can be the best player on a championship roster. He has led them to the Western Conference Finals and been in MVP conversations for the last four to five years. Similarly, the Bucks also believed in Antetokounmpo’s ability to carry them to the top. He brought them to the Eastern Conference Finals and he had even won two MVPs for himself. Still, it seemed like many around the league had started to doubt whether Antetokounmpo could truly be the best player on a championship roster. Especially after the debacle that was the NBA Bubble. The Bucks went into the playoffs as the #1 seed, but got embarrassed by the #5 seed Heat in the second round, losing in 5 games.

They identified the team’s problems and went into the offseason with a plan to build a team that could support Giannis. Their big move was to trade for Jrue Holiday. He was a major upgrade over Eric Bledsoe. Even though Bledsoe was a solid option, he was regularly outplayed by opposing guards. On the other hand, Holiday was able to match or outplay opposing guards most nights. The times that he did get outplayed, he was still contributing something to the team. He supplied the Bucks with consistently great defense as well as solid playmaking and scoring, all of which were areas the Bucks were looking to improve.

Many fans have looked at the current off-season Portland President of Basketball Operations Neil Olshey has put together as an utter and complete disappointment. This comes from the fact that the Blazers have not been able to make a “needle moving” trade or signing. While it’s true that the Blazers haven’t been able to trade for a major piece in the same way that the Bucks did last season, Olshey has made it abundantly clear that he is taking the right steps to address last season’s biggest issue: defense.

It’s common knowledge that the Blazers were one of the all time worst defenses in league history last season. Even after adding one of the best individual defenders in the league, Robert Covington, and a very solid defensive guard in Norman Powell at the trade deadline, the team somehow got worse than they had been the year prior. That’s when they had started lineups featuring players who couldn’t crack the rotation or were playing overseas this year (I’m looking at you Anthony Tolliver and Mario Hezonja).

It’s pretty obvious that the defense was a coaching issue, especially when you consider the fact that the biggest argument for why the Blazers can’t have a good defense is that they start two small guards in Lillard and CJ McCollum. However, this doesn’t quite work as an argument when you consider that in the 2017-18 season, the Blazers ranked #6 in defensive rating while starting both Lillard and McCollum all season. This is why a coaching change was probably the best course of action to quickly improve the defense.

Olshey has let the weakest defensive links go, Carmelo Anthony and Enes Kanter, and has brought in Cody Zeller. He is a starting caliber center who will be coming off the bench. Olshey also recently pulled off a trade to acquire Larry Nance Jr., a very above average defender at his position. Both of those moves should help to bolster the bench defense. When paired with the new schemes of defensive-minded coach Chauncey Billups, that should make a big enough impact to improve the defense to a respectable level. Then it’s up to the already stellar offense to do the rest.

Many fans have also been frustrated with the unwillingness of Olshey to pull the trigger on a McCollum trade. I think it’s important to ask ourselves if this is completely necessary for the Blazers to become a team that can contend for a championship. Naturally, if you can trade McCollum and get another All-NBA talent to pair with Lillard, you do it. Still, this year’s Bucks squad proves that it is unnecessary to form a super team of two to three superstar caliber talents to win a championship. In fact, Antetokounmpo’s running mate, Khris Middleton, and McCollum are very similar players. Middleton has technically received more individual accolades, as he is a two time All-Star while McCollum has yet to make an All-Star team in his career. However, this is a rather flawed way to compare the two players. Middleton has been in the less competitive Eastern Conference and has benefited from not having to play in the Western Conference where high-end talent is abundant, particularly at the guard position. Not to mention that McCollum was well on his way to making his first All-Star appearance, averaging 26.7 points per game and five assists per game on 47/44/84 shooting splits in the first 13 games of the 2020-21 season before getting injured and missing the next eight weeks. Accolades aside, a quick comparison of their offensive stats show that they are a very similar caliber of player on that end. Middleton is definitely a better individual defender of the two, which will be an important task for Billups to help McCollum bridge that gap via scrappiness and team defense. Having a player like Middleton as the second best player on a championship team proved it’s possible for players of his and McCollum’s skill level to achieve that success, even in an era of super teams.

The question then becomes: can two players who play the same style be the two best players on a championship team? Unfortunately, this is one area where the Bucks winning the championship, no matter how encouraging it was for me, didn’t do anything to ease the uncertainty in my mind on this issue. Even though Lillard always seems to be in MVP conversations and McCollum is essentially an All-Star level player, people will always question their fit. They are both 6’3″ guards that score in similar ways and don’t play much defense. On the other hand, Antetokounmpo and Middleton are both taller, have two different offensive skill sets that complement each other, and are astronomically better defenders (especially in the case of Antetokounmpo).

When all is said and done, the biggest key to Portland’s ability to recreate Milwaukee’s magical run this season is by creating their own unique identity. The Bucks proved that a small market team with one superstar can win a championship, but this can only happen if the pieces surrounding him make sense. Last year’s Portland squad clearly didn’t make sense around Lillard, and that’s why they ultimately failed. Now it’s up to the organization to execute their plan and build a contention level team. If they can do that, then this upcoming season could be as special for us in Portland as it was for those in Milwaukee last year. 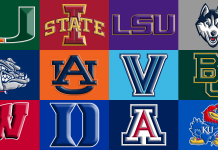 Our first live show since the draft! We'll discuss our thoughts on Sharpe a few days later. Why hasn't the Grant trade gone through yet? What other Blazers rumors are out there? Join us as we get ready for Thursday's free agency!