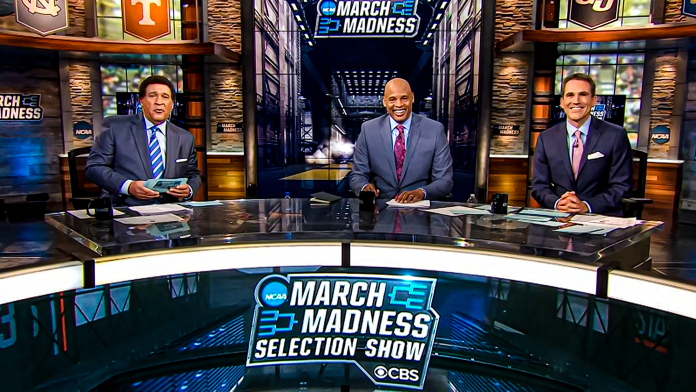 Selection Sunday is here! This will be our last full college basketball roundup and our second-to-last bracketology!

What’s New: Fifteen automatic qualifiers were determined through conference championships yesterday, with Akron, Cal State Fullerton, and Texas Southern joining the field. Virginia Tech secured an automatic bid with a win over Duke in the ACC Championship while favorites such as Arizona, Kansas, and Villanova took care of business. Some very slight adjustments have been made to the ratings formula with the goal of improving accuracy. Today I’ll find out if those adjustments were good or not.

My Final Bracketology will be posted as a stand-alone article after the final game (around 2:30PM PT). Most things in this version of Bracketology are finalized. Five remaining games could shake up a couple teams in this list, and slight alterations to adjusters might change things slightly, but this is all but concrete. Therefore, as we head into the final day, here’s where my Bracketology differs with the consensus (according to bracketmatrix.com).

Today, there are five conference championship games and they’re all included in games to watch. Times are PT, and all seed lines are projected.

(9) TENNESSEE vs TEXAS A&M | SEC Championship | 10:00AM | ESPN
Storylines to Watch:
– Determines conference championship and winner of the SEC’s automatic bid.
– Tennessee secures a 2-seed with win.
– Texas A&M secures a tournament birth with win and will be a 10 or 11-seed.
Prospects to Watch:
– Kennedy Chandler (PG, Tennessee)

DAVIDSON vs RICHMOND | Atlantic 10 Championship | 10:00AM | CBS
Storylines to Watch:
– Determines conference championship and winner of the Atlantic 10’s automatic bid.
– Davidson is a projected 10-seed currently, but could fall to an 11-seed with loss.
– Richmond needs to win this game to make the NCAA Tournament. Richmond would be a 13-seed with win. This would also add Davidson to the at-large pool and create an 11v11 and a 12v12 first four game (instead of two 12v12 games).
Prospects to Watch:
– Hyunjung Lee (SF, Davidson)

(18) HOUSTON vs MEMPHIS | American Championship |12:15PM | ESPN
Storylines to Watch:
– Determines conference championship for the American Athletic Conference (both teams are securely in).
– Houston is securely on the 5-seed line and this game is unlikely to change their projection.
– Memphis is currently in the field as a 10-seed, but could drop to an 11-seed with loss.
Prospects to Watch:
– Jalen Duren (C, Memphis)
– Josh Minott (SF, Memphis)

(9) PURDUE vs (24) IOWA | Big Ten Championship | 12:30PM | CBS
– Determines conference championship for the Big Ten Conference (both teams are securely in).
– Battle between two projected top-10 picks in Jaden Ivey and Keegan Murray.
– Purdue is securely on the 3-seed line and are very unlikely to jump up to a 2-seed with win or drop to a 4-seed with loss.
– Iowa is secure as a 5-seed and that status isn’t dependent upon the result of this game.
Prospects to Watch:
– Jaden Ivey (SG, Purdue)
– Keegan Murray (PF, Iowa)
– Trevion Williams (C, Purdue)
– Zach Edey (C, Purdue)

Jaden Ivey (PG/SG Purdue)
Draft Range: Top-4
Prospect Notes: Jaden Ivey scored 22 points on 14 shots as he led Purdue over Michigan State. He also had 9 rebounds and 5 assists, while committing just 1 turnover. Ivey is yet another player in college basketball this year that can impose his will and lead his team on a deep run. His burst is lightning quick and it seems like he can get to any spot on the floor anytime he wants to. The problem is he gets a little unsure of shooting sometimes and passes up what would be good shots and other times takes questionable shots. He’d be unguardable if he became a little less hesitant on drives.

Keegan Murray (PF, Iowa)
Draft Range: 5-10
Prospect Notes: Keegan Murray was absolutely dominant in Iowa’s victory over Indiana on Saturday. He finished with 32 points including 8-10 on three pointers. Iowa will play Purdue for the BIG-10 Championship today, a game that will see Murray take on potential top-4 pick Jaden Ivey. The NBA scouts got the matchup they were hoping for.

Jaylin Williams (PF, Arkansas)
Draft Range: 2nd Round
Prospect Notes: Jaylin Williams had a terrible game in a loss to Texas A&M in the semifinals of the SEC Tourney. He managed to score just 4 points on 2-5 shooting and had 5 turnovers. Arkansas will probably still be a 4-seed in the NCAA Tournament but they’ll need Williams to step up if they have any chance of advancing a long way.

Final 2022 Uprise Bracketology of the Season!