With just two days until the 2022 NBA Draft, it feels like a bunch of moves could happen at any time now. Rumors are swirling around the Sacramento Kings and their decision process could impact the entire draft. Let’s take a look at some of these rumors and just what ripple effects will come from what they do.

Are the Kings going to trade the 4th pick? 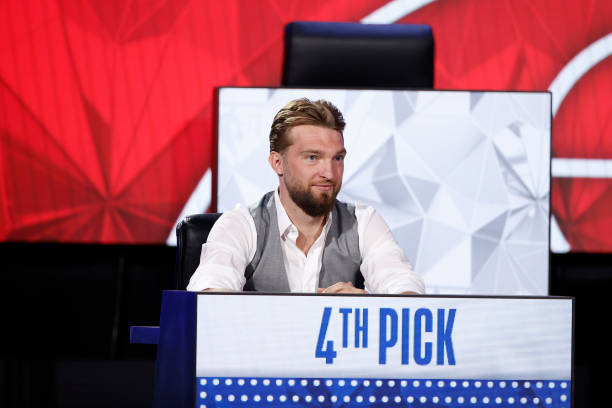 From all indications, it appears the Kings and top-4 prospect Jaden Ivey from Purdue have no interest in joining forces. The Kings are apparently higher on Iowa forward Keegan Murray. Ivey said he has not worked out for the Kings and gave a very vague statement saying about the Kings, “it’s not the worst situation.” That doesn’t sound like a player that will be very happy if the Kings end up drafting him. At pick 4, Ivey is almost universally thought of as the best prospect available. If the Kings were to select someone else it could have massive ramifications for a franchise that hasn’t made the playoffs in 16 seasons now. This is an organization who passed on Luka Doncic in the 2018 NBA Draft in favor of Marvin Bagley. Doncic has gone on to become one of the best players in the NBA, while Bagley was traded for very little at last year’s trade deadline.

Speaking of the trade deadline last year, the Kings were pursuing Atlanta’s John Collins before ultimately trading for Domantas Sabonis instead. Now it is being reported that the Kings are still interested in adding Collins. The Hawks are said to want a lottery pick for him in a deal. They may have the assets to somehow pry the 4th pick away from the Kings. Ivey does seem like a bit of an awkward fit with Trae Young in Atlanta, but adding a player with huge upside like Ivey may be one of those situations that’s worth just going for and figuring out later. For the Kings, a lineup of De’Aaron Fox, Sabonis, and Collins still doesn’t seem like enough for them to be more than a play-in team in the loaded Western Conference. Given that the Kings gave up a very promising young player, Tyrese Haliburton, in the Sabonis trade, it wouldn’t surprise me at all to make a similar type move again.

The Indiana Pacers are apparently trying to move up to 4 from their current position with the 6th pick. The Kings are said to be asking for two additional future 1st round picks on top of the 6th pick. While giving up two extra 1sts to move up two spots seems like a lot, that’s probably fair value for the difference between who is available at 6 and getting Ivey. The Pacers currently have the Cavaliers lottery protected 1st round pick next year that they could include, so it wouldn’t completely drain their draft capital if they gave in to the asking price. With chatter that the Detroit Pistons are leaning towards taking Arizona wing Bennedict Mathurin with the 5th pick, if the Kings wanted to take Murray at 4 then maybe their asking price will come down on draft day if they can still get Murray at 6 and pick up an additional asset. It would seem foolish to just take Murray at 4 in that scenario. If the Pacers stay at 6, Dyson Daniels had an incredible workout for them and is looking like the player they’d take there.

Add the New York Knicks to the list of teams trying to move up for Ivey. It’s no secret the Knicks are desperately searching for their lead guard of the future and might be willing to sacrifice their future to do so. They have the 11th pick, all their future 1sts, and a 2023 1st via the Dallas Mavericks. The question becomes how much are they willing to give up to make the jump? The 2023 NBA Draft is looking loaded with talent, so an unprotected 1st from the Knicks could have extreme value. The Kings seem intent on making a playoff push, would they be willing to put those plans on hold for a year to maximize their return for the 4th pick? It doesn’t seem likely, even though it would probably be the smartest move they could make.

What impact will this have on the Blazers?

Whatever the Kings decide to do will affect who is available with the 7th pick for the Blazers. Even if Portland is planning on moving the pick elsewhere, who is still on the board could factor into how valuable the pick becomes.

If the Kings trade the pick to Atlanta, New York, or stay at 4 and select Ivey, it could mean Murray would be the one who falls to 7. Up until this point, almost everyone assumed Murray would be off the board by then. With Murray playing a position of need for the Blazers, it would bring up an interesting decision process between simply selecting Murray because of that need, taking a risk on the mysterious Shaedon Sharpe, or trading the pick. The potential value of the pick as suitors line up to get into a position for Murray or Sharpe might be too much to pass up.

If the Kings trade the pick to the Pacers and still get Murray at 6, that would most likely leave Daniels as the player that comes into play for the Blazers. Daniels has one of the best defensive skill sets in the draft, so the Blazers could definitely choose him. The other trade down possibilities would still be in play as well. If the Kings stay at 4 and shock the league by taking Murray, it would most likely lead to the Pistons happily taking Ivey at 5 and Daniels still going 6 to the Pacers. This would mean Mathurin would factor into the decision at 7 for the Blazers.

Some of these rumors may be smokescreens, but what the Kings do with the 4th pick will have a domino effect on the rest of the draft. There’s a lot of buzz that Portland wants Sharpe at 7 and are no longer going to trade the pick. Only two days until we find out!