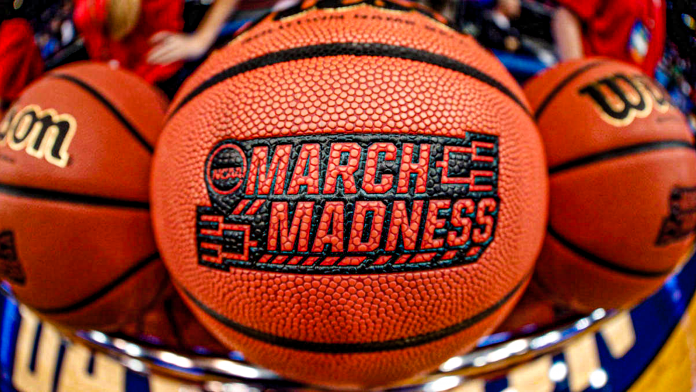 We have a jam-packed College Basketball Roundup for you today! In this article we have new prospect notes from Eric Brandt! We also feature our newest bracketology heading into Friday’s slate of games. There’s only two days left until Selection Sunday! There will be a livestream on Sunday over on Blazers Uprise Live with a live reaction to the selection show!

Overview: In our first article, I gave a detailed explanation of what Bracketology is, so if you haven’t read that, click here. My Bracketology is featured on Bracket Matrix, a website that compiles many different bracketologists from across the web and compiles their rankings into one easy to read format. At the end of the season, bracketologists are ranked based on the accuracy of their predictions. I will be posting these every day or two, including my final bracketology which will be published on Selection Sunday.

There is a great slate of games on Friday, as every ongoing conference tournament is now in the quarterfinal or semifinal round! Here are some (many!) games to watch to catch some NBA draft prospects and intriguing storylines! All times (PT).

Paolo Banchero (PF), AJ Griffin (SF), Mark Williams (C), Wendell Moore Jr (SG), and Trevor Keels (PG, Duke)
Draft Ranges: Banchero (Top 4), Griffin (Top 7), Williams (Mid/Late 1st), Moore (Late 1st), Keels (Late 1st/Early 2nd)
Prospect Notes: Duke struggled with Syracuse but pulled away late to get the victory. Potential top-3 pick Paolo Banchero shot poorly from the field going 3-9 and had 4 turnovers, but also flashed some of his overall ability with 10 rebounds, 7 assists, and 5 steals. AJ Griffin, after a bout with food poisoning the day before, only played 22 minutes and was a complete non-factor in this one. Mark Williams continues to impress with a stat-stuffing 15 points on 7-11 shooting, 16 rebounds, 4 assists, and 3 blocks. Williams has solidified himself as a mid-first round pick. Going into this game Wendell Moore Jr hadn’t attempted more than 15 shots in a game the entire season. He took 20 shots in this one, making 9 of them, on his way to a Duke high 26 points. Moore Jr also had 8 assists and just 1 turnover. Trevor Keels had a decent game as well providing 14 points on 6-11 from the field.

Harrison Ingram (SF, Stanford)
Draft Range: Late 1st/Early 2nd
Prospect Notes: After a quiet first half, Harrison Ingram had several buckets off of drives in the final few minutes to keep Stanford close to Arizona. Ultimately it wasn’t enough, but it was a pretty good showing from Ingram with 16 points, 6 rebounds, and 4 assists. His overall shooting percentages for the year are bad (30.4% from 3), which will prevent Ingram from being a higher pick if he declares for the draft.

Bennedict Mathurin (SG/SF), Christian Koloko (C, Arizona)
Draft Ranges: Mathurin (6-10), Koloko (Late 1st/Early 2nd)
Prospect Notes: Christian Koloko was the story for Arizona in their narrow win over Stanford. The athletic big man scored 24 points on 10-12 shooting and had 9 rebounds. Koloko was named both Defensive Player of the Year and Most Improved Player in the PAC-12 this season and should rise up big boards as the draft approaches. Benedict Mathurin didn’t have the greatest game even though he scored 20 points, making just 7 of his 17 shots, but he did hit 4 of 9 from three point range. Mathurin will certainly go somewhere in the middle of the lottery.

Kendall Brown (SF), Jeremy Sochan (PF, Baylor)
Draft Ranges: 13-25
Prospect Notes: Baylor suffered a bad loss to Oklahoma in the quarterfinals of the Big 12 Tournament. Expected 1st round picks Kendall Brown and Jeremy Sochan didn’t play particularly well. In the case of Brown, he barely made an impact in this one scoring just 7 points on 6 shots and turning the ball over 3 times. Sochan’s numbers were okay with 13 points and 9 rebounds but he shot 4-11 in this one. Baylor has a couple of guards that can shoulder the scoring burden in James Akinjo and Adam Flagler but they couldn’t get much going either. Baylor was 3-22 from 3 in this one. They’ll be a tough out in the NCAA Tournament but they’re definitely not as formidable as they were last year when they cut down the nets and played in your face defense. Brown and Sochan will have to step up their games if they’re going to make a deep run.