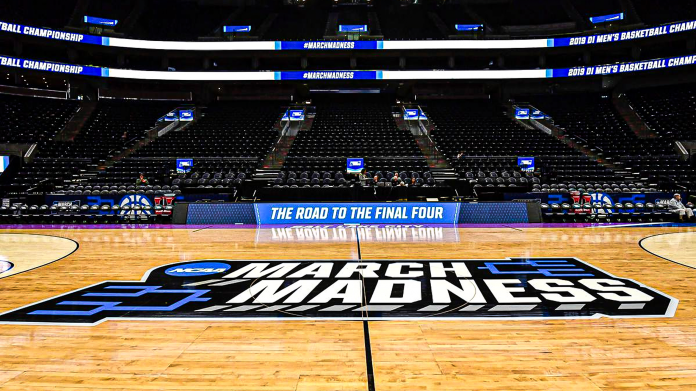 Selection Sunday is tomorrow! Check out our latest bracketology on the second to final day before the great unveil. Also included is some fun games to watch on top of more prospect notes!

What’s New: There is a ton of movement in today’s bracket, including five new teams: Texas A&M (12), Indiana (12), UAB (12), Kent State (14), and Texas A&M-Corpus Christi (16)! Seeding movement is reflected in our rating spreadsheet linked below! Today, there is 15 conference championship games, so expect some major changes between the 13-seed and 16-seed lines headed into tomorrow.

Today, there is 15 conference championship games and 12 semifinal games! Conference Championships are always fun to watch even for smaller leagues as the conference champion gets an automatic birth in the NCAA tournament! So just because games aren’t listed here doesn’t mean they’re not recommended watches! Some games I haven’t listed here because I don’t want to make more 3D logos for them (have you noticed all these team logos are 3D? Hopefully you have. Otherwise the time I’ve spent is questionable). Anyway, without further ado, here are some games to watch:

(15) ARKANSAS vs TEXAS A&M | SEC Semifinal | 10:00AM | ESPN
Storylines to Watch:
– Arkansas is secure on the 4-seed line, but could move up to a 3-seed with a conference championship win.
– Texas A&M moved into an at-large bid with their win over Auburn. A win here should cement their place in the tournament field.
Prospects to Watch:
– Jaylin Williams (PF, Arkansas)

(24) IOWA vs INDIANA | Big Ten Semifinal | 10:00AM | CBS
Storylines to Watch:
– Iowa has been on the rise in recent weeks and is looking to secure a 5-seed.
– Indiana is coming off a big time win against Illinois and a win here should lock them into a NCAA tournament birth.
Prospects to Watch:
– Keegan Murray (PF, Iowa)
– Trayce Jackson-Davis (PF, Indiana)

(5) KENTUCKY vs (9) TENNESSEE | SEC Semifinal | 12:00PM | ESPN
Storylines to Watch:
– Kentucky has a chance to move up to a 1-seed after Auburn’s loss, but will need to outperform Kansas over the weekend.
– Tennessee is hovering around a 2/3 seed line, and a win over Kentucky would go a long way towards securing a 2-seed.
Prospects to Watch:
– TyTy Washington (PG, Kentucky)
– Oscar Tshiebwe (C, Kentucky)
– Kennedy Chandler (PG, Tennessee)

BOISE STATE vs SAN DIEGO STATE | Mountain West Championship | 3:00PM | CBS
Storylines to Watch:
– Boise State and San Diego State are in similar positions heading into this matchup. Both are currently projected as 8-seeds and could move up to a 7-seed with a win or fall to a 9-seed with a loss.

(7) KANSAS vs VIRGINIA TECH | ACC Championship | 5:30PM | ESPN
Storylines to Watch:
– Duke is right around the 2/3 seed line and this game will go a long way in determining where they fall.
– Virginia Tech is a bubble team, and they aren’t guaranteed a spot in the NCAA tournament with a loss. A win here would mean they make the tournament and also don’t have to deal with playing in the First Four.
Prospects to Watch:
Paolo Banchero (PF, Duke)
AJ Griffin (SF, Duke)
Mark Williams (C, Duke)
Wendell Moore Jr. (SG, Duke)
Trevor Keels (SG, Duke)

(2) ARIZONA vs (13) UCLA | PAC-12 Championship | 6:00PM | FOX
Storylines to Watch:
– Arizona is secure as a 1-seed. This game is for pride (or bragging rights, or something).
– UCLA is a strong 4-seed and has a chance to move up to a 3-seed with a win here.
Prospects to Watch:
Bennedict Mathurin (SG, Arizona)
Christian Koloko (C, Arizona)
Jaime Jacquez Jr. (SF, UCLA)
Johnny Juzang (SG, UCLA)
Peyton Watson (PF, UCLA)

Jabari Smith (PF), Walker Kessler (C, Auburn)
Draft Range: Smith (Top-3), Kessler (Mid/Late 1st)
Prospect Notes: Auburn earned the #1 seed in the SEC Tournament and faced Texas A&M in their first game. Jabari Smith was the only Auburn player who could make a basket early on, scoring their first 7 points of the game. Auburn continued to chuck 3’s and found themselves down by 16 at halftime. After making 3 of his first 4 shots, Smith went ice cold (like many of his teammates) going 2-12 the rest of the contest. After A&M increased their lead to 20 in the 2nd half, Auburn came back to cut it to 4 at one point, but Smith finished with just 17 points. Walker Kessler had a decent game with 16 points on 6-8 shooting, 8 rebounds, 4 blocks, and 3 steals. Auburn failed to get Kessler the ball much inside despite an obvious size mismatch.

Prospect Notes: For the second straight day, Duke survives an upset bid, this time from Miami. Paolo Banchero had a really nice game with 18 points, 11 rebounds, and 4 assists. He made 8 of his 10 shots. AJ Griffin, after not helping much the day before, had a great game. He scored 21 points including hitting 4 of 6 from deep. Griffin showed improvement putting the ball on the floor and getting into the paint in this one too. Mark Williams only had 9 points, but also had 10 rebounds and 4 blocks. Wendell Moore Jr had 4 turnovers but other than that had another solid outing with 17 points, 6 rebounds, and even 3 blocks. Trevor Keels really struggled hitting just 1 out of 7 shots and scoring just 4 points.

Johnny Davis (SG, Wisconsin)
Draft Range: 5-10
Prospect Notes: Johnny Davis ended up playing in this one after injuring his ankle in Wisconsin’s final regular season. He might be regretting that decision. Davis shot a woeful 3-19 from the field and Wisconsin lost to Michigan State. He did grab 11 rebounds and had 3 assists, but also had 3 turnovers. After an incredible regular season, look for Davis to bounce back in the NCAA Tournament.

Keegan Murray (PF, Iowa)
Draft Range: 5-10
Prospect Notes: Two days, two games scoring 26 points for Keegan Murray. A prime candidate to be an NCAA Tourney star, Murray is a scoring machine that could potentially carry Iowa on his back. They’ll take on Indiana in the semifinals of the Big 10 tournament on Saturday. The more Murray plays well, the harder it will be for teams to pass on him after the first few packs in the NBA Draft.

Jaime Jaquez Jr (SG/SF), Johnny Juzang (SG/SF, UCLA)
Draft Ranges: Mid-Late 2nd Round
Prospect Notes: Jamie Jaquez Jr led UCLA in scoring in their victory over USC to advance to the PAC-12 Championship game. He put up 19 points on just 9 shots. Jaquez needs to improve his three point shooting but he doesn’t shoot a lot of them and finds other ways to score. Johnny Juzang only had 10 points in this showdown on 4-11 shooting. We’ll see if either player can lead UCLA on a deep NCAA run like Juzang did last year. The Bruins made it all the way to the Final Four last year before their heartbreaking overtime loss to Gonzaga on a halfcourt buzzer beater by Jalen Suggs.

Isaiah Mobley (PF/C, USC)
Draft Range: 2nd Round
Prospect Notes: Isaiah Mobley had a lackluster performance against UCLA. He only made 4 of 11 shots, including 0-4 from three, and finished with just 9 points and 7 rebounds while committing 3 turnovers. Mobley has a chance of becoming an okay role player in the NBA but doesn’t possess the same skills as his brother Evan Mobley, who might be the Rookie of the Year for the Cleveland Cavaliers this year. Mobley will get another chance to impress next week when the NCAA Tournament starts.